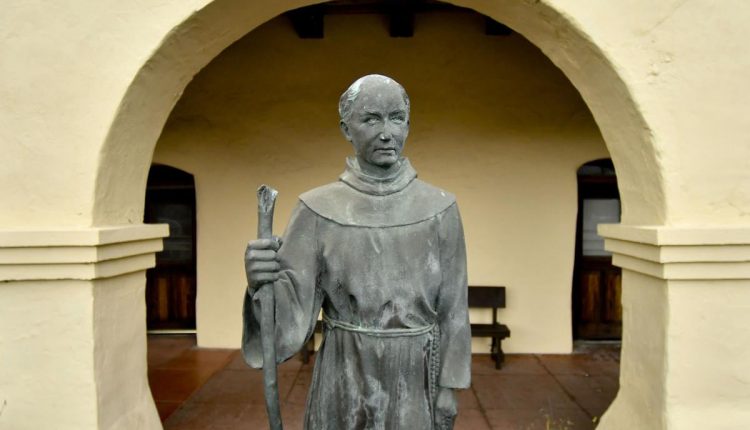 The organized Change Org petition is launched by Maurissa Vigil a week ago joins both a regional and global trend to dismantle statues and monuments that have long honored historically racist figures.

The petitioners want statues and monuments of historically notable racist personalities to be removed.

Mission Santa Inés is one of the nine Spanish missions in California to serve as religious and military outposts to Spanish Catholics of the Franciscan Order between 1769 and 1823.

Just a quick refresher about this controversial figure, St. Junipero Serra was an 18th-century Franciscan priest and missionary who established his first U.S. mission in 1769. He founded mission churches all along the coast—the first nine of the 21 missions in what is today California. He was granted sainthood in 2015. Despite his notable works, this is not the first time that the figure has experienced backlash from people due to his alleged issues.

According to the petition campaign organizer Vigil, who claims she was initially contacted by a Santa Barbara County resident about the Solvang-based statue, discovered in her research a story of a man who spent the majority of his life kidnapping, enslaving and stripping away the culture of indigenous people.

According to Vigil, a lot of people are blind to the realities of Mission life for natives. She commented, “Many native peoples were killed at missions and others were forced into hard labor or raped under Serra’s guidance. Depictions of him as a saint confuses the actual history, and removal of it would mean showing solidarity with indigenous and Latinx people, especially those in our community.”

As of this writing, almost 700 people have signed to show their support for the petition. Now that it has reached more than half of its target signatories, the petition will likely be submitted to Solvang’s Mayor Ryan Toussaint for an official response.

Maurissa Vigil started this petition to Solvang Mayor Ryan Toussaint stating:
“Mission Santa Ynes in Solvang currently has a statue of Junipero Serra a man who spent the majority of his life kidnapping, enslaving, and stripping away the culture of indigenous peoples.

Throughout his life, he spread pain, misery, and disease to the point where it has been discovered that more indigenous people died under him than were born.

We as a community need to say we acknowledge this little known history and not pay homage to this man causing further confusion and pain. We want the statue removed as keeping it standing shows reverence and respect for someone who murdered and enslaved so many”.