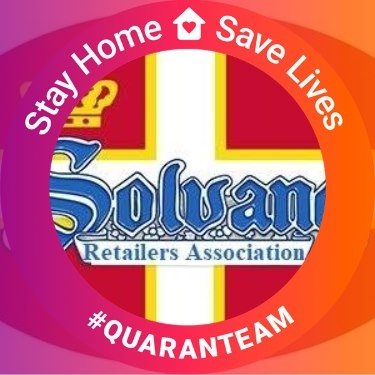 We as Solvang Retailers Association are very disappointed by the Small Business Administration (SBA).

Solvang’s small businesses are about to collapse. We can’t afford to make the same mistakes that were made in 2018 during the Highway 101 closure disaster.

Multi-million dollar corporations that are absolutely not “Small Businesses” are receiving millions of dollars in the name of small business loans.
We strongly protest the response from the SBA, given they’ve stopped accepting applications because the approved funds have run dry. The national, state, and county level politicians have made promises, but we’ve yet to receive any follow-through.

Solvang is facing its own second economical disaster in the last two years, the first of which occurred during the 2018 Highway 101 closure disaster. During that time only a few large companies received funding. Now that we’re in the middle of this second disaster, small businesses continue to receive only empty promises while large corporations reap the benefits. The Federal government should have paid the lenders per application, starting from smallest to the largest, rather than receiving a percentage of the given loan, putting all the smaller loans at the bottom of the pile.

Solvang is a unique town in that no national or state level franchised businesses exist here, and the town is instead filled with mostly independently- owned mom & pop-type small business. It’s time to change the definition of a “Small Business”, limiting it to companies with a max of 30 employees, with a max of $5 million in yearly turnovers! The actual “small businesses” should not be put in the same pot as multi-million dollar companies and with hundreds or thousands of employees companies.

Many of the smallest businesses did not apply because they lacked working relationships with banks beyond their weekly cash deposits. Some opted out because the criteria for loan forgiveness were unclear and they feared being stuck with the debt.

Moreover, the SBA’s PPP loans only cover eight weeks of payroll plus limited expenses for rent and utilities. Many firms need assistance for more than eight weeks. What happens if after eight weeks a company has to lay off staff? Will the loan still be forgiven? The government wants us to keep paid workers at home while we are still closed? And also to be responsible for closed businesses unpaid rents, utilities, insurance?

The Treasury Department should instead loan via lenders, provide grants directly to the real smallest business owners based on their gross income tax returns.