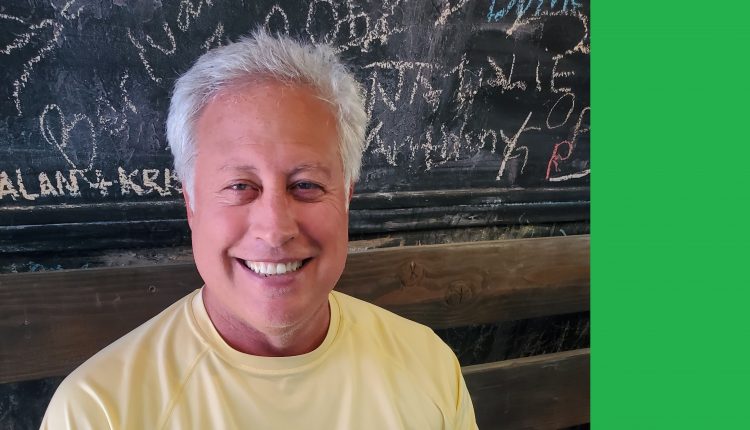 Recallers were not even able to collect only 20 Signatures, which was the first and simplest task for the recall!

The highly-publicized attempt to recall Councilmember Chris Djernaes has failed for lack of certified signatures according to the City Manager Xenia Bradford.

Recallers were not even able to collect only 20 Signatures, which was the first and simplest task for the recall! The Recallers were able to gather only 16 certified signatures which in turn resulted in a humiliating defeat for the raucous and bombastic group determined to block any political-economic or social change in Solvang.

Recall leader, Lammy Johnstone, shocked many at the Council’s Regular Monday Meeting on June 22 when she attacked and demanded Council Member Djernaes resign immediately or face a barrage of hostile media articles to be released Thursday. She also implied the rest of the Council agreed with the Recall and begged them to force Djernaes from the Council.

Council Members Daniel Johnson, Karen Waite, and Mayor Pro Tem Robert Clarke all denied having been approached by the Recallers and said they will refuse to sign the petition.

“I just want to make it clear that I have not signed it nor will I sign it… I don’t agree with their reasonings,” Johnson said during Monday’s meeting.

Clarke echoed Johnson adding, “That’s why we have elections.”

After the meeting, Ms. Waite explained in a phone interview, “He was elected pretty strongly by the people for the platform he presented. If the people have decided now they don’t like what he’s doing, then when his turn comes up in two years, don’t reelect him.”

There has never been a successful recall of a Solvang Council Member. Since 2000, the only successful recall in the entire State occurred in 2003 with the replacement of Gray Davis. However, in 2003, the same Lammy Johnstone tried and failed to recall the 3rd District Supervisor, Gail Marshall. Johnstone again alleged that Marshall no longer represented the people. However, County voters appear to believe then and now that recalls are only warranted when there is proven malfeasance as recalls are highly divisive and disruptive to the Community.

Johnstone must now correct the deficiencies, resubmit their petition and restart the 7-day process again. And despite boasting she had 1300 voters, Johnstone’s real challenge, will be to collect 925 actual certified registered voters or 25% of the entire electorate by the end of August deadline. This is a tall order and may be hampered by the State mandated COVID-19 lockdown policies.

Assuming Johnstone succeeds in collecting the certified signatures and she must then convince the Council to place the recall vote on the Nov. 3 ballot. Whoever wins a majority of votes wins.

The City Council member Chris Djernaes is elected by 1200 votes for 4 years and his term expires 2022.

In a letter to the editor from, former City Council Member,
Solvang resident Fred Kovol wrote ” Why a Solvang Recall now? A power play is happening in Solvang.  Last week a small group filed papers for the recall of Councilman Chris Djernaes.  It lists unsubstantiated allegations reading more like a tabloid than a legal document.

What we have is an attempt to unseat a duly elected council member to regain control of the Council majority.   For the past two years, it is obvious that a few of the old guard did not like the results of the last election in 2018.  That election should have sent a message that the silent majority was not pleased with how the city was run by a powerful few.  With questionable use of city funds and discrepancies, it took new people with fresh eyes to examine the City Hall business and ask the hard questions.

The change was inevitable if the new Council was to do its fiduciary duty.  Thus, it became necessary to clean up the mess at City Hall.  Amongst most of the others, Councilman Djernaes has been there to ask for accountability and ask the hard questions.

However, another important issue is the timing of this Recall. With there being another election in November with two seats up for City Council, why a recall effort now?  The unhappy group must want an insurance policy so they can regain control of the city treasury and staff with one clean sweep. In addition, the Recall group has also chosen their candidate.  The selection is also curious in that the candidate is the former Santa Barbara County Sheriff, one well aware of local politics.  If he seriously wants to be a Solvang city councilman, like other citizens, he can submit his petition this month for the November 2020 election. There is no need to be a part of city divisiveness.   With all of the financial challenges facing the City due to the Covid-19 crisis, why create more expense and angst at City Hall?  The retired sheriff should know better. This is no time for a Recall! “

Council Member Chris Djearnaes said” The recall organizer Ms. Johnstone is a long-time member of the highly divisive Solvang political machine that has arguably controlled the City for decades. They are widely known as and self-identify as the Danish Mafia. They own most of the downtown real estate and routinely elected a majority proof Council which in turn appointed and controlled City Staff, the Planning Commission, and the Board of Architectural Review. It was so bad that in 2017, there were 4 married couples spread across all three boards. Sadly, former City Attorney, Dave Fleishman, had the audacity to defend the obscene nepotism, bringing into question his professional ethics and civic duty to the larger Solvang Community.

The same group also controlled and used the taxpayer-funded Solvang Conference and Visitors Bureau and the Solvang Chamber of Commerce (both 501c6 non-profits) to promote their economic interests and ensure the re-election of Council incumbents. Both organizations openly violated their City contracts in the 2018 elections by actively campaigning for their political machine candidates and against all new candidates. They hate me because I and other council members cut off their vanes from the City of Solvang. I will be continuing being their nightmare.

They have something else to mull over — the strategy of responding now vs waiting.  With the clock delayed, good for you!  Soon this timeline will run into the petitions for the next election.  These “recallers” are crazy!!!  Looks to me like they just want to stir the pot and make trouble in an attempt to regain control of the council majority if not the whole council.  This has always been the way in Solvang politics.  Nothing new here.  It’s all about POWER.  A minority voice is never enough.  They want the 5/0 votes and never in favor of the residents. e.g. Water Rate Increases of 2011 and still in place today.  The residents don’t count for much in the City of Solvang or haven’t for the past 40 plus years that we have been here.  We see the same playbook over and over again.  If they fear threatened, the minority voice/voices will be destroyed one way or another.  Too many sad cases to count.