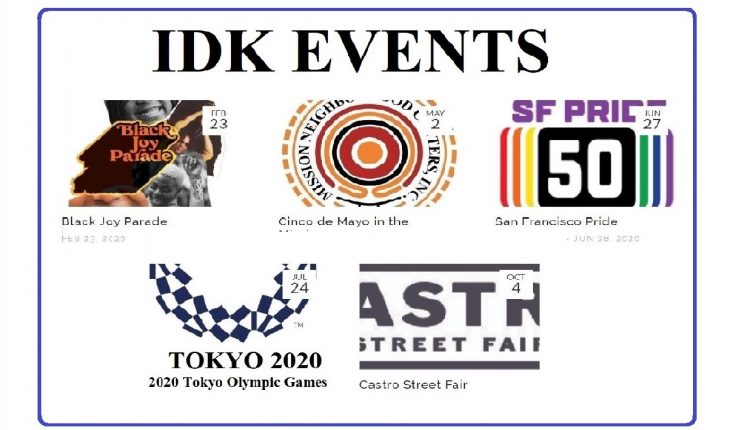 City Council decides to work another year with IDK but this time will be based on collected TOT percentage!

The internationally-known IDK Events, that worked on the latest Julefest and Drone Show, is set to lead more of Solvang’s upcoming events. With the huge success of the former festivities, people believe that hiring IDK Events will help boost the city’s future tourism.

Solvang City’s new and only official event organizer  IDK is also one of the organizers for the TOKYO 2020 Olympics and also they organize many other California events and San Fransisco 50th Pride Gay Event.

Also during the April 13 Council meeting, the Council voted to extend the IDK Events, LLC continue work with the City on revitalization and recovery efforts, and the shift back to post-COVID-19 tourism marketing services. Under this contract extension, IDK’s contract cost will be limited to the percentage basis of the Transient Occupancy Tax (TOT) collected during the contract period. IDK will also be aiding in the production of some of Solvang’s annual, legacy events such as July Fourth and Solvang Danish Days.

IDK Events also announced during the April 13 Council meeting, an impending initiative in support of the Santa Ynez Valley’s high school graduates, class of 2020, through which graduating students’ photos will be posted on banners throughout the town of Solvang, for a modest fee – a portion of the proceeds of which will benefit the Solvang Danish Days Foundation.

Mayor Ryan Toussaint said:  I would like to point out that IDK did not walk away from their existing tourism marketing services contract, which would have ended in June of 2020, even though their scope of work under that contract shifted due to COVID-19. They could have left the City when the nature of their work changed, but they didn’t. They have pitched in wherever possible to help us in this current situation”.