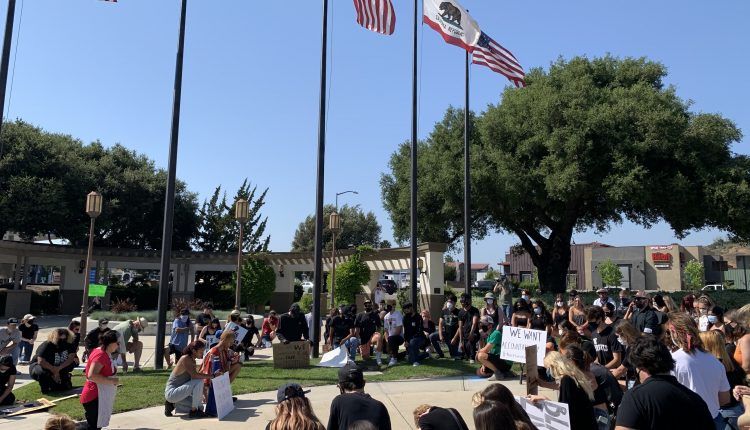 A similar protest and praying will be held at Solvang Park on June 5th Friday at 5 pm.

A Black Lives Matter protest and marches were held today near Highway 246 in front of Tom’s Gas station lot. The protest included about 100 people – mostly white – and was very silent and very peaceful. Included in the protestors were some local business owners, including Mortensen’s Danish Bakery Owner, Adam Petersen from Solvang.

Unlike other protests around the county and the nation, Buellton’s protest drew a very small response from law enforcement, with a few officers stationed around protestors as the crowd prayed and chanted and were urged by their leaders to be peaceful and not to harm any businesses nor property.